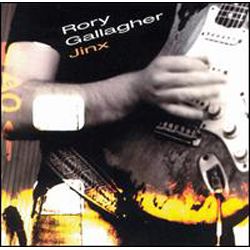 Track 1 – Signals – A kind of spooky intro, through the medium of telepathy she is calling him, sending messages via telepathy – “Who’s that calling way out there? I’ve got your signal loud and clear” So the message was delivered but that was all, they never connected. The lyrics are inspired, I love this song, this is my second favourite on the album. All my favourites are the sad soulful ones or the “spooky” ones, well they would be spooky to some people but not to me. Its only supernatural if you don’t believe in it. I’m a believer.

Track 2 – The Devil Made Me Do It – a fun kind of song, about going into town (any town) for a fun night out but struggling the next day to remember how good a time you had – in this case ending up in the trash can and having to go before the judge to explain what went on the night before, but, as often happens, parts of the night before are rather a blur and if your friends were in the same state they will be no use to you because they wouldn’t remember either! Another one to get me on the dance floor, barefoot as it really is the only way to dance.

Track 3 – Double Vision – a girl who has turned him on his head just by walking in the room, he is not sure if he is coming or going, she makes him feel like he is walking sideways, nights become days when she is around.

Track 4 – Easy Come, Easy Go – Slightly difficult to “see” the meaning, Rory’s songs always had a meaning behind the words, it could be someone he knew who is having a hard time emotionally and Rory is saying things will be ok in the end, “won’t you let me in, don’t you need a friend? If I can help just call me”. Its not a romantic song in the true sense of romance, this is offering help to a friend in need, letting them know he will be there for them. It’s a beautiful song, beautiful lyrics.

Track 5 – Big Guns – another “powerhouse” song from Rory, gangsters, running from the law, this guy has run so much he has run out of places to go, his back is against the wall and his future is “a lump of lead”, its just a question of whether the Law gets him first or the Big Guns of people like him. It’s a “pounder”, gets the blood pumping, the heart racing and in my case my feet on the dance floor.

Track 6 – Jinxed – One of the most gutsy seductive and sexy songs Rory wrote. The tempo is just beyond awesome, the lyrics are off my scale of soul stopping. This is my favourite song from this album and when I get to this on the CD I press replay several times. “My hearts uneasy, my soul’s on fire, you’re the ice, please put out this fire” – what a poet Rory was and a tremendous lyricist.

Track 7 – Bourbon – I get the feeling this is semi autobiographical, drinking down the bourbon like it was soda pop, another destination, some other place to play, the music befriends him it can take him anywhere. I’ve read between the lines.

Track 8 – Ride On Red, Ride On. Written by M. Leavy, H. Glover and T. Reid, another one given the Rory treatment and just made more brilliant. Absolutely superb slide work from Rory along with harmonica. Just completely stunning. I could go on and on but I’ll let the track speak for itself.

Track 9 – Loose Talk – This has what I call a “hitching” beat for dancing, can’t think of another way to put it. It probably has some proper name for the tempo. Rory’s lyrics speak of the need to keep on his toes, the music industry is a cut throat machine and he needed to keep one step ahead to avoid being sucked in and tossed out, he was always his own man, stayed true to his music and his beliefs.

Track 10 – Nothin’ But The Devil, written by Gerry West. Rory used the National on this track, its acoustic, Rory at his finger picking best. Not a Rory song but he worked his magic on it and gave it a new life. I love this song very much.

Track 11 – Lonely Mile – According to the sleeve notes, this refers to a section of the Fulham Road that Rory would walk a lot during his bouts of insomnia. I don’t know if there was a girl involved in this or whether he just wrote as if he was turning up at her place during the early hours and she was not answering the door – “cause you never no answer, but I know you’re there”. The more I listen to it the more I love it, if it were possible to love a song more than I do already.