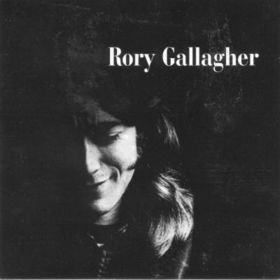 Track 1 – Laundromat – a very ordinary subject but when Rory took it upon himself to write and sing about something the ordinary became extraordinary. I can’t think of anyone who would sing about such a place, its kind of bizarre to be in a Laundromat anyway. I did read that Donal said there was a Laundromat very close to the flat Taste shared in London.

Just the Smile, track 2 on the Rory Gallagher solo album. This is an amazing track, Rory starting to show what a great songwriter he was going to be, Its about a girl in particular, someone he met along his travels so he wrote a song about her, we may all have met someone like this, someone who is so different that they stop you dead in your tracks, suck all the air out of your lungs. There may or may not be a romantic connection but the girl from the song had a smile so bright, so lovely, that Rory thought that smile could set a room on fire, I doubt the girl was aware of the fact that this song was written about her. Its a blessing if your life is touched by someone like this. You will always remember them very fondly and feel happy that you were able to see such a person even if you never met them.

Track 3 from the album Rory Gallagher – I Fall Apart, beautiful lyrics, so quiet and still but powerful at the same time, personally I think it’s unrequited love this refers to, a would be romance, I’ve had a couple of those in my life, seeing the one you have the hots for with someone else and there isn’t a damn thing you can do to change the situation, wanting to see them, hear them and slowly unwinding till you fall apart inside but still wanting to see and be with them, even at a distance, all the time willing them to “see you” – won’t you come where you should be

Track 4 from Rory Gallagher’s first solo album – Wave Myself Goodbye. Lost love, she left for whatever reason, Rory has the blues, melancholy, the black dog – call it by whatever name fits, the lyrics are beautifully written, from the heart not just any old sayings, all Rory’s lyrics are from the heart. I’ve been here myself, done that and got the T shirt as they say, emotionally knocked for 6 but not giving in, Rory was no quitter, it’s a beautiful sad song, one of my favourites, my favourites are the sad ones, I made a list

Track 5 from Rory Gallagher, his first solo album after Taste.
The lyrics say to me that Rory is in the driving seat, This is just a game I’m playing – she (whether she was real or no) has been changeable in her affections and he said enough, didn’t need the hassle so he called it quits. His lyrics are definitely saying “I’m done with you”.

Sinner Boy, track 6 from Rory Gallagher’s first solo album, one of his Taste songs, shows Rory’s big heart for those less fortunate – take that sinner boy home, wrap him up keep him warm, I believe Rory was trying to say that everyone’s life could be turned inside out at the drop of a hat, be kind to those in need as any of us may need a kindness at any time, from what I have read about his generous nature and compassionate side, he would go out of his way to help the homeless and what are termed “down and out”, not the only song he wrote about this, it’s wonderfully written and very prophetic, a beautiful song.

For The Last Time, Track 7 from Rory Gallagher, his first solo album. This is quiet but strong and powerful at the same time, Gerry’s solid bass and Wilgar’s (R.I.P) drumming complimenting perfectly Rory’s lead, the lyrics say to me that Rory has been given the run around – from the very first day – now he has had enough and says so in no uncertain terms – I’ll be gone, in the night, Don’t cry when I’m gone. Its final, she blew it and now she will be history as far as Rory is concerned. All his lyrics came from the heart, he didn’t write just to please the masses, he wrote what he felt, its the essence of who Rory was and what made him tick as a human being. I love this song, its sad (I feel sad for Rory) but says he will carry on, bit battered and bruised but still standing. He was a tremendous lyricist, under rated in my humble opinion.

Track 8 from Rory Gallagher, his first solo album. This is a really upbeat song, Rory using his telepathy to connect with the one who pulls him through when he needs them, no hint in the lyrics of whether this was a female or not, but someone he could connect with on a ESP level – an empath or a telepath, unknown to everyone else. Its a really nice song and I love the lyrics, its happy and cheerful.

Track 9 from Rory Gallagher’s first solo album, I’m Not Surprised. Like all of Rory’s songs, it can’t be pigeonholed into this or that, he was truly unique. He isn’t surprised that she is gone out of his life but is surprised that she has gone totally and he found out through other people, she didn’t tell him either by phone, letter or in person and ends with asking her not to talk about him when he isn’t there. Rory’s licks are as always perfectly matched to the lyrics and the piano accompaniment by Vincent Crane fits in perfectly. Gerry solid as ever on bass and the late Wilgar Campbell on drums. All of Rory’s “quieter” songs are quiet and powerful at the same time, everything beautifully placed where it needs to be. Rory really was a genius.

Track 10 – Can’t Believe It’s True, from Rory Gallagher’s first solo album. My favourite track from the album, Rory’s lyrics are just perfection, plus saxophones!!! Oh one of the sexiest instruments on the planet, almost crashed the car the first time I heard this track, had no idea there were sax’s on it and doubly knocked out when I discovered Rory played sax on this track, was there anything he couldn’t play? I have compiled a CD for my funeral, 11 tracks and this is the first one on the CD, if I could only listen to one song for the rest of my life, this would be it, it has everything to knock me sideways, I love it.

Track 11 from Rory Gallagher’s first solo album, Gypsy Woman – a Muddy Waters song. Rory was a huge admirer of Muddy and got to play with him on The London Sessions, as with any song written and or performed by someone else, Rory could always put his own stamp on it, usually in the music, different instrument to the original which changes the sound and tone, he always nailed it 100% and made the sound unique to Rory, always let his audience know whose song it was but he made it a bit different, this song is no exception, it’s brilliant

Track 12, It Takes Time from Rory Gallagher’s first solo album. This is an Otis Rush song but Rory being Rory puts his own mark on it and nails it. He could always make a change to someone else’s song, maybe different guitar, lighter or heavier strings, just to change the sound slightly, but whatever he did you knew it was Rory. Such a talented man, i believe there was much more to him than he let people see, much of him hidden in plain sight.
Deuce tomorrow. I’m posting on every album I have, every one on my IPod.